Acceptance of Misogyny
Research on misogyny in hip hop is nothing new to the ever growing body of literature. The more prevalent and popular the genre becomes, the more it becomes a topic of interest for researchers. The way hip hop is perceived by consumers has been investigated by Gourdine & Lemmons (2011). Through t-tests and surveys they tested college age students for different variables. They included the listening habits such as finding out how often the participants listened to hip hop music. Also, in their study they inquired about the participants feelings of their own personal responsibility about hip hop. Another factor in the study (Gourdine & Lemmons 2011) was assessing the age of the listeners. The older the participants were, the more they disapproved of misogynistic lyrics and images. Both men and women find hip hop lyrics to be misogynistic (Gourdine & Lemmons 2011).

Teenage Influence
Research with preadolescents (Kistler & Lee 2010) has proven that the scripts described in the study of Stephens and Phillips (2003) is identifiable by young middle school children. The sexual scripts that are termed to be the stereotype of African American women are the Diva, Gold-Digger, Freak, Dyke, Gangster Bitch, Sister Savior, Earth Mother, and Baby Mama.   Through semi-structured focus group interviews, written feedback, and researcher notes, Kistler and Lee (2010) concluded that the participants in their study reported frequent consumption of the scripts. The students readily gave examples of how students exemplified the scripts based on hip hop music videos and behaviors that they mirrored from television (Kistler & Lee 2010). None of these students reported being involved in sexual activity but they did report other students being influenced by the sexual script. The students in this study easily identified all of the sexual scripts (Stephens &Phillips 2003) except the Dyke script. The students had trouble with relating to homosexuality. Male participants were more open and inclined to discuss the Dyke script than the females participants in the study were.

Adult Influence
Ross and Coleman (2011) study was based off of the sexual scripts presented in Stephens and Phillips (2003) study. It was entitled Gold Digger or Video Girl: the salience of an emerging hip hop sexual script.  Their study advanced the body of literature on hip hop sexual scripts by investigating the effects of hip hop on post adolescent black women; they targeted black women from an urban university between the ages of 18-30. The methods employed used both quantitative and qualitative research methods.  The quantitative method had the participants rank descriptions of the sexual scripts on Likert scale.  The qualitative method allowed the participants to answer open ended questions on a questionnaire. The findings of this study were that there was indeed an influence that hip hop has on the older generation as it does on the pre-adolescents. There was support for the presence of the Gold digger in the hip hop culture of black women.  In addition to the participants identifying with the presence of a God Digger sexual script, they also identified the emergent script of the Video Girl as the investigators predicted. As a conclusion of this study, the research inferred that from the descriptions the participants gave of the two sexual scripts studied sexuality in the black hip hop culture is objectified as a tool to use to reach a goal (Ross and Coleman 2011). Fulfillers of these scripts use their sexualities as a source of power and assertion of control (Ross and Coleman).

During a study of online sexual scripts, Stokes (2007) investigated teenagers' homepages for a presence of influence from the hip hop culture. This study was done mostly by observation of the homepages of girls from ages 14-17. The majority of the sample was African American or mixed with African American and other races. The investigator collected homepages from a website to study, and categorized the pages by the presence of sexual scripts. The home pages revealed six pervasive sexual scripts with roots in controlling images of black sexuality (Stokes 2007). Those six scripts were Freaks, Virgins, Down Ass Chicks/Bitches, Pimpettes, and Resisters who disrupted stereotypical sexual scripts (Stokes 2007).  The results of this study were that many of the girls created pages that exemplified the scripts. Some of the pages even overlapped scripts. The investigator felt that this study should be further researched because the girls could pretend to embody the scripts on the website and the scripts might not be a true representation of who the girls truly are (Stokes 2007).

It is evident that the effect of hip hop on African American women is a topic that is popular and has and continues to be studied in different ways.  When the topic first began to be explored, most of the studies focused on younger ages. While a great deal of the literature exploring the impact of Hip-Hop on African American women has focused on younger adolescents (Peterson et al. 2007; Stephens and Few 2007a, 2007b; Stokes 2007; Wingood et al. 1993, 2003), we thought it was important to begin to explore the relevancy of Hip-Hop sexual scripts on older adolescents and young adults (Ross and Coleman 2011). My investigations will further progress this idea by targeting college freshman. A number of the studies reviewed for this project also focus on sexual scripts put on by the consumers of hip hop.  My study however will be more open-ended and geared towards the general behavior of girls influenced by hip hop and not just the aspects of sexuality. 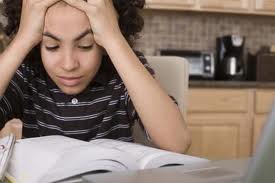