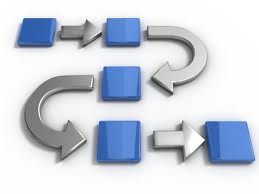 The method of this study was a qualitative semi-structured interview.  The purpose of this study is to find out how young black females perceive themselves after being exposed to images particularly videos of misogyny in hip hop.  This study will be conducted in a qualitative style because an in-depth interview will be more conducive to understanding the effect that hip hop’s misogynistic culture has on young black girls.  Qualitative research requires an examination of the processes by which individuals and specific groups construct meaning and a description of how those meanings are interpreted and expressed (Few and Stephens 2007) . Another reason for doing qualitative research is because of the time limitations that this project is under.  This study is being conducted over a four month class which restricts the type of research and method options.  Therefore, with this project being time sensitive, and also including time for an IRB approval in depth interviews seem to be the best method to answer the research question.

Convenience sampling will be applied in this study.  The target of this study is young black females.  The time that it takes to get this research study approved restricted me from making certain steps in order to use participants under 18 could not be taken.  Therefore one of the criterions for the participants of this study is to be a black female, freshman college student.  The age requirement will be 18 or 19.  In a similar study Lemmons & Gourdine (2011) surveyed HBCU students ages 18-24.  Students will be recruited from the West wing of the freshman dorm on the campus of Jackson State University.  The researcher solicited a convenience sample from the freshman dorm.  Six young ladies were selected.  There were no incentives, participants were solely volunteers.  The participants were interviewed one at a time.

The data collection began with the participant filling out a consent form to sign. The consent form briefed her on things to expect during the interview such as discussion of considerably vulgar and offensive images. There was also another consent form that included the fact that the interview would be video and audio-taped. The information on the consent forms were also communicated verbally.  The interview began with the participant discussing hip hop videos with misogynistic content.  Few and Stephens (2007) conducted a study that utilized a similar research design in which the participant actually viewed videos.  During their research, they included semi-structured interviews, written feedback documentation, and researcher notes.  These multiple sources of data were collected in order to triangulate the data and to confirm emergent themes and inconsistencies in the data Few and Stephens (2007). This study almost replicated this method by using semi-structured interviews and oral feedback about videos. Although Few and Stephens (2007) used focus groups to view the videos, the research was conducted with the participants individually. The use of this method allowed the participants to get an exact idea of the concept of misogyny that the interview was based on.  The feasibility of effectively conducting this project in a similar manner to this previous study is to do it in in-depth interviews and not focus groups, considering the time constraints. The interviews were structured around the questions that follow:

When I say hip hop and black females what comes to mind?

Can you relate to how black women act and dress in hip hop videos?

Do you find yourself acting similarly?

Do you find yourself dressing similarly?

Does the culture of how black women are portrayed in hip hop make you feel empowered (more inclined to succeed) or belittled (put down) as a young black woman? If so, how?

Her are links to the articles referenced in the methodology: